Neelkanth Mahadev Temple is a Hindu temple dedicated to Nilkanth (Lord Shiva). The temple is situated at a height of 1330 meters and is located about 32 km from Rishikesh in the Pauri Garhwal district of Uttarakhand.

The Temple is one of the most revered holy shrines dedicated to Lord Shiva and is a prominent Hindu pilgrimage site. It is surrounded by dense forests and is adjacent to the mountain ranges of Nar-Narayan. It is enveloped between the valleys of Manikoot, Brahmakoot and Vishnukoot and is located at the confluence of the rivers Pankaja and Madhumati.

Maha Shivaratri is the most prominent festival celebrated in the temple and lots of devotees flock to the temple during the festival. The devotees who pay a visit to Neelkanth Mahadev make an offering of Bael leaves, coconut, flowers, milk, honey, fruits and water to the Lord Shiva. The temple observes two fairs that are held annually on the occasions of Maha Shivratri (Feb-Mar) and Shivratri of Shraavana (month of Hindu calendar) (July-Aug) during which the devotees (Kawarias) trek from Haridwar to Neelkanth Mahadev Temple. 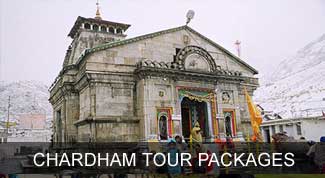 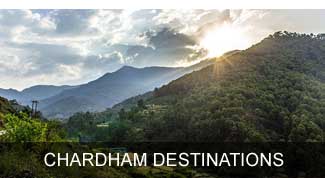